I have had this shiny black table sitting around forever.

Not only is it tacky as hell, it is pretty much the exact same as the IKEA Lack table (complete with cardboard stuffing) except I got it at Walmart. I follow Buzzfeed’s “Nifty” page on Facebook and saw this really cool succulent planter tutorial on there. Seeing as I already had the table on hand, I decided to try it out myself, with a few modifications.

For this project you’ll need:

An IKEA “Lack” table or the Mainstays version from Walmart

Utility knife
Spray paint of your desired color (optional)
Plastic container
Whatever material you want to top the table with: I used scrap wood, but it would also be cool to Mod Podge some funky paper, fabric, or even stencil the top with paint! You could also just leave it plain — your call!
Sealer
Succulents

First order of business was to cut a square out of the table top. The Buzzfeed tutorial lines their hole with plastic, but I thought it would be more sustainable to use an old Tupperware container placed into the cutout. I traced the outside of the container onto the top of the table and then cut it out using my compact circular saw, although you could probably just use a utility knife as well.

I ripped out all the cardboard stuffing and gave the table a coat of white spray paint.

I had some scrap 1×3 boards left over from the bed I built and thought it would be cool to top the table with them. I played around with some designs and used my miter saw to cut the pieces to size at 45 degree angles.

I covered the top, measuring and cutting each piece to size as I went.

When I had all the pieces situated the way I wanted, I glued each one to the top of the table using PL9000, which is a heavy-duty construction adhesive.

Just a squiggle on each piece is enough, you don’t want too much or it will gloop out the sides when you push down on the wood. There is probably even a little too much on the piece in the photo; I got a bit carried away with the caulking gun.

I let it dry overnight and applied 3 coats of poly the next day.

Succulents are the best because they are difficult, nay, impossible, to kill. #blackthumbsunite I got a great little garden from Sobeys on sale for $20 and carefully transported it into my plastic container.

I love how this little table turned out! The best part is that all it cost me was the price of the plants, which have already grown tremendously in just two weeks. Succulents, man.

This would be great for a patio or pool deck as well, with a few more coats of poly. Happy planting!

« Master Bedroom Makeover
How I Refinished Our Hardwood Floors » 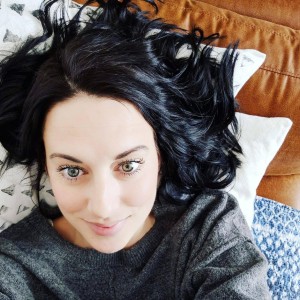 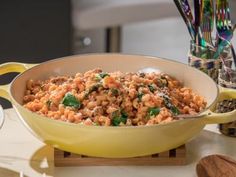 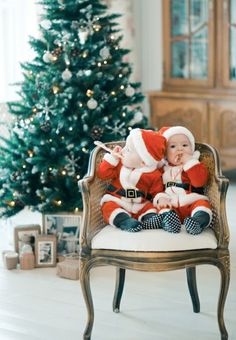 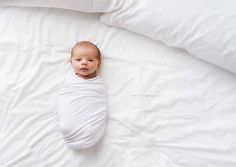